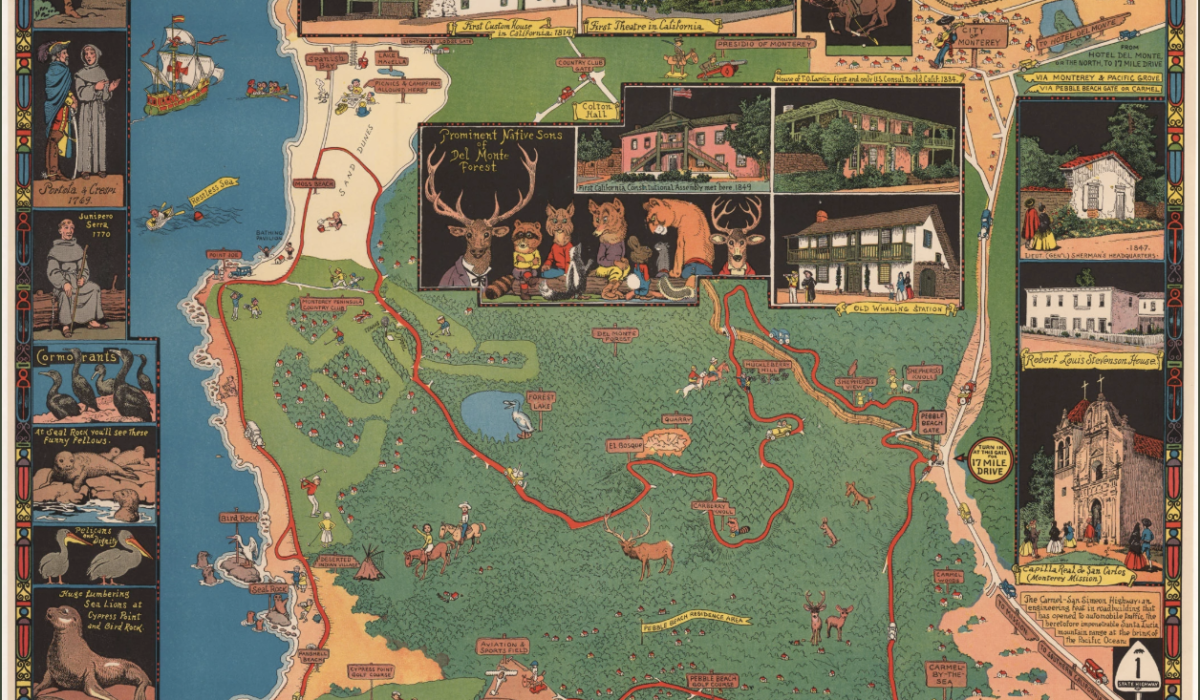 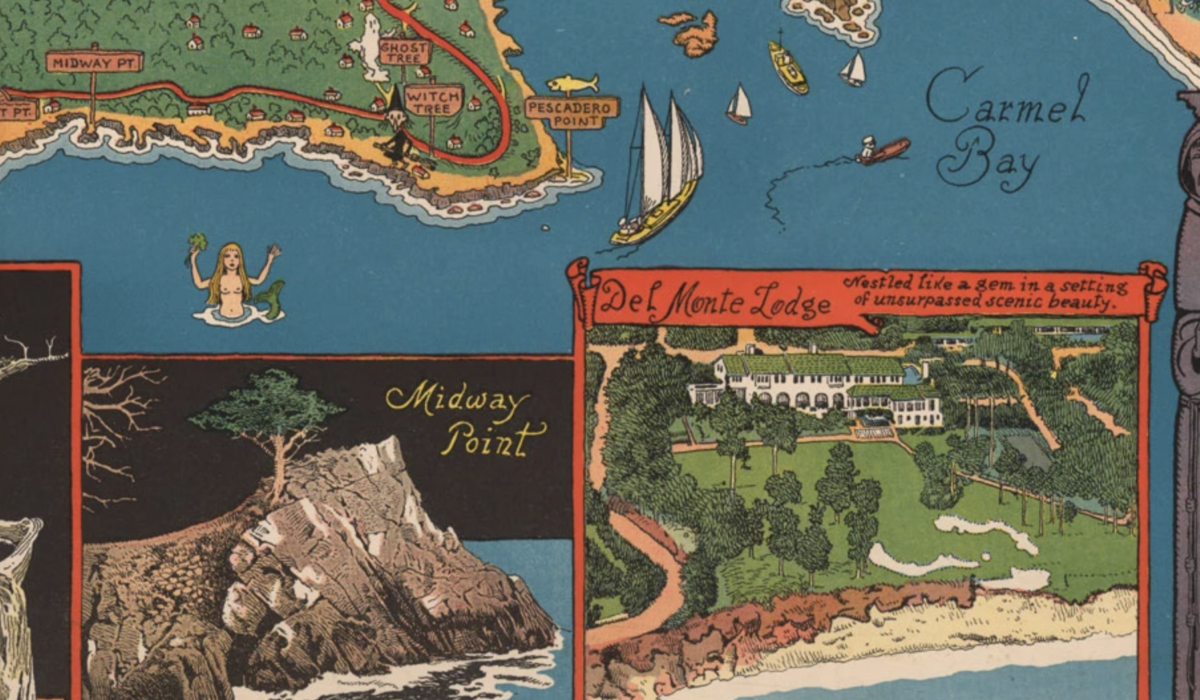 Few artistic legacies are more interesting than that of Joseph Jacinto “Jo” Mora (1876−1947). Mora’s artistic gifts range over a wide variety of mediums, including drawing, painting, illustration, cartooning, sculpture, photography, map-making, and writing. Such diversity is an amazing accomplishment for one person! [Source: Jo Mora Trust]  Mora is probably best known publicly for the series of maps – or cartes, as he referred to them – that he created. These historically accurate, humorous, and collectable prints have entertained viewers for years. One of his most famous maps is a homage to Carmel, the Carmel-By-The-Sea carte. Printed in 1942, it  highlights much of the colorful history of the town. Prints of his maps are available for purchase at New World Cartographic.com.

The Seventeen Miles Drive was commissioned in 1927 by the Del Monte Company to advertise its 17 Miles Drive area, and other attractions on the Monterey Peninsula. (The 17-Mile Drive is a scenic road through Pebble Beach and Pacific Grove on the Monterey Peninsula in California, much of which hugs the Pacific coastline and passes famous golf courses, mansions and scenic attractions, including the Lone Cypress, Bird Rock and the 5,300-acre Del Monte Forest of Monterey Cypress trees). A number of insets enhance the already attractive map. This appealing, eye-catching and highly sought after poster was the second map poster made by the Uruguayan-born artist-historian, illustrator, sculptor, photographer and author, Jo Mora. Born in Uruguay in 1876, his family moved to New York City in 1880. Mora first studied art at the Art Students League of New York and then the Cowles School in Boston. After working for various firms on the East Coast, Mora moved to California in 1903, where he visited many missions and rode the Mission Trail (aka The King’s Highway) on horseback.